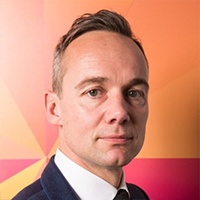 New figures from the Advanced Procurement Trends Report 2018 have revealed a dramatic decline across the industry in cost-cutting activity, with strategic procurement becoming the number one priority for the function this year. These results signal a move from Chief Procurement Officer to Chief Value Officer.

Previous surveys had found 80 per cent prioritised cost-cutting however, this has dropped by half in the last three years, with under 40 per cent now seeing this as their main objective.

Over 175 global business professionals were quizzed in the seventh annual procurement trends survey, which also revealed more than 60 per cent have a procurement strategy that is well defined, aligned closely with organisational priorities, or stated there was complete symmetry between procurement activities and organisational needs.

Despite optimism around the growing strategic importance of procurement, just over a fifth of respondents (22 per cent) believed moving from a tactical to strategic function was the biggest challenge they will face in 2018. Another 27 per cent felt their biggest challenge was procurement being seen as a barrier rather than an enabler.

Mark Dewell, Managing Director – Public, Private and Third Sector - Advanced, commented: “The report reveals how the role of procurement is transforming as it provides a more strategic approach – one that aligns seamlessly with the overall business strategy. As part of this process, we expect to see a major shift from the traditional Chief Procurement Officer role to one of value creation and thus, the introduction of the Chief Value Officer (CVO).

“It’s extremely positive to see the historically tactical perception of procurement starting to fade in favour of a much more strategic and business critical function. Our research shows how procurement is adapting to new challenges and playing a more valuable and vital role in today’s increasingly agile and competitive organisations.”

Supporting the move away from cost-cutting, the research also revealed 44 per cent have a savings target of just five per cent or less for the coming year. However, bucking that trend is the public sector, with almost a fifth saying their savings target is greater than 15 per cent.

As procurement becomes more strategic, unsurprisingly, significant shifts in the importance of data and technology were uncovered, with 96 per cent of organisations planning to maintain or increase their investment in technology this year.

Mark concluded: “Our research suggests procurement teams are continuing to invest in technology to support digital transformation. There is a lot of excitement in the industry around emerging technologies, with artificial intelligence (AI), robotics and blockchain appearing on the radar. However, it’s clear the current focus remains on more established technologies, such as supplier network and the Cloud, which are essential components in streamlining processes and boosting productivity.”

Bringing the importance of procurement to the fore, the research also found that in 2017, 95 per cent of businesses saved money through dedicated procurement activity. Just over a fifth of procurement departments will increase their headcount this year, most likely in order to support digital transformation, while over half are increasing their training budget.

The Procurement Trends Survey was carried out in February 2018. The full report can be found here: https://www.oneadvanced.com/procurement-survey/ Science Warehouse, who has run the Trends Report survey over the last years, was acquired by Advanced in March 2018.

MD of Commercial and Third Sector