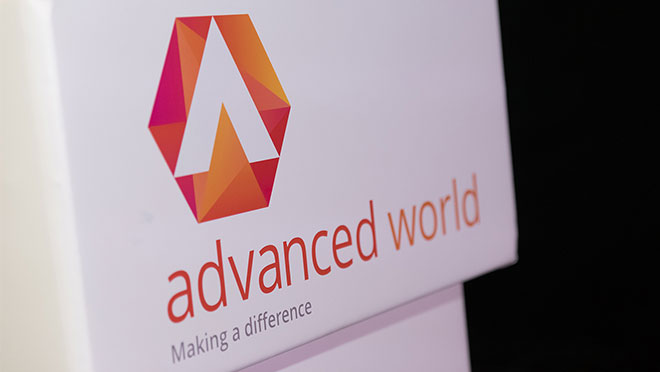 It’s now less than three weeks until we open the doors to Advanced World 2018 – our largest ever annual event for customers to update them, enthuse them and leave them feeling confident about how to reimagine their businesses in the digital era. It’s fair to say we’re excited about it. Not only do we have the BBC’s Business Editor and Broadcaster, Simon Jack, to unveil the packed agenda, and Ian Massingham, Chief Evangelist, Amazon Web Services will also be sharing insights into how to embrace Cloud. And there’s a whole host of other speakers and experiences that people can take part in see more here.

The timings of this event could not have been better, because many customers are telling us they have a sense of trepidation about current climate in the UK. The rhetoric of the Government is certainly positive - in the Prime Minister’s recent World Economic Forum (WEF) speech, she set out her ambition for the UK to harness the power of technology, saying it was vital that people are equipped with the skills they need to use digital technologies, and that industry and government must work together to make this happen. But the with the fourth industrial revolution already upon us, just how confident is the British community to step up and reshape for the future?

Our recent Annual Trends Survey 2017/2018 – which surveyed over 1,000 UK business professionals on key topics affecting British businesses –showed worrying trends in the state of leadership in this digital era, with more than one third (36%) of business professionals reporting that they didn’t have the right tools to do their job effectively. Worryingly, this figure has not significantly changed since 2016, demonstrating a lack of progression and suggesting a hesitation to embrace digitalisation.

This lack of progress was backed up with recent research from ADP and IDC which found that across Europe, over a fifth (22%) of Human Capital Management (HCM) processes are still inputted manually. Equally alarming was the lack of communication between HR teams and IT departments, with a quarter claiming that IT is only somewhat involved in HCM solution decisions, albeit only three percent admitted that it played no role at all.

And they’re not alone; when the manufacturers’ organisation EEF published its 4IR report, it highlighted the issue of uncertainty – businesses did not know how to apply Industry 4.0 technologies to business operations. While 99% agreed that the fourth industrial revolution will be about getting actionable insights from data, 58% of those interviewed reported that they are still getting to grips with the concept. Which brings us to Chancellor Philip Hammond’s speech at Davos, which said that people should embrace new technology to avoid creating “a generation of 21st century Luddites”.

But while Industry 4.0 should be seen as an opportunity, the way to reshape businesses for future success, for many the journey of digital transformation can feel overwhelming at best and not a priority at worst. However, it is now time for change, time for businesses to embark on this process to reimagine their organisation – reinvent those processes to embrace automation, and recharge people with added value jobs to unlock their potential.

That’s why the theme of this year’s Advanced World - ‘making the complex simple’ – is so pertinent. The one-day event at the ICC in Birmingham will help to demystify any potential complexity around the latest solutions behind digital transformation, making them more accessible and relevant. Because those organisations who adopt a digital-first strategy now can grab the chance to steal a march on the competition.

Our call to businesses - be bold, brave and act with pace to reimagine themselves to realise their potential – and we want organisations to feel empowered by this. The fact is, technologies like mobile, social, analytics and the Cloud, are already redefining how we do business. And emerging areas, like the Internet of Things (IoT), Artificial Intelligence (AI) and robotics, are further disrupting industries, augmenting human intelligence and driving productivity and efficiencies. Speaking at the WEF, May said the UK is already one of the best in the world when it comes to artificial intelligence (AI) research and development, and that the country is “only at the beginning of what AI could achieve”.

The Cloud already underpins many businesses’ infrastructures but there are many still to take the leap and benefit from software-as-a-service (SaaS) solutions to unlock the potential of mobile workforces for example, as well as access to the latest product advances, that can flex as organisations grow. Yet according to research, while many UK businesses are pressing ahead despite fears of cyber-attack or data protection regulations, there’s still much to be done in creating trust in the Cloud. Advanced World will show organisations how our Cloud-first solutions can transform the way they work, embracing robotic process automation to drive productivity for example.

But it’s not just the fun stuff. Adhering to new legislative demands such as GDPR calls for a secure and informed approach to change is just as important - GDPR’s demands for greater transparency and stricter accountability, running alongside seemingly endless changes in reporting and funding regulations, are leading to sleepless nights for many sectors - our survey revealed that despite coming into effect in May, only 58% of British businesses are on track to be ready. We’ll have speakers at Advanced World sharing their experiences and ensuring every customer knows what to do to be prepared.

No matter what sector and industry our customers work in, digital disruption it on everyone’s mind. That’s why, at March’s Advanced World, how to make the complex simple will drive our conversations – ensuring every single organisation leaves feeling not only excited about this period of change but confident about what steps to take to embrace it, securely whilst with pace. Our sneak preview of new developments and services coming to market this year which show how we can help organisations build an ecosystem of innovation – so they are ready to modernise their processes and revolutionise their services. We can’t afford anyone to contribute to a new generation of Luddites.

So if you haven’t registered yet – don’t dally any further. Especially as Advanced World is now CPD accredited; which means you can earn CPD points from attending. It’s free and simple to sign up for Advanced World 2018 – register and find out how Advanced can support you in your digital journey here.